A Case For Regulatory Innovation in India 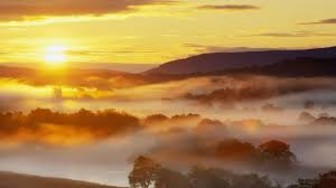 India wants to be carbon-free by 2070, and it's going to require hundreds of billions of dollars in investments over the next half-century, according to a new report from the Center for Economic and Policy Research.

"India needs to invest trillions of dollars in meeting its Net Zero commitment," says the report, which notes that the country emits about 3.5 billion tons of carbon dioxide per year.

"For India to reach emission levels of zero, it will require the annual emission curve, which has risen along with India's GDP (though not proportionally), to eventually be on a path of decline every year," the report says. "Soon, the curve must peak and then start its journey downward."

The report estimates that India will need to invest hundreds of billions of dollars a year until 2030 to hit the goal, which the government has set as a target of 2070.

India's economy is expected to grow at about 8% per year through 2030, and the country will need to ramp up its energy production by 50% by then to meet the target, the Times of India reports.
Read the Entire Article

A Case For Regulatory Innovation in India