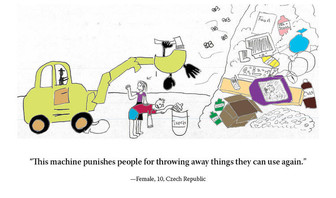 If you're looking for something a little more protein-heavy than the typical meat you're used to, there's a new company out there that's got you salivating.

It's called Vow, and it claims it can make "real and delicious meat from cells, instead of breeding and killing animals," per a press release.

That's a " logical and considerate alternative from which more people enjoy the highest quality meat," says a co-founder.

The company says it's grown black soldier fly larvae in a lab from waste from the palm oil industry, which would have ended up in a landfill had it not been for the enterprising scientists at INSEACT, who figured out a way to use the larvae to grow fish protein in farmed seafood.

The larvae are then fed to shrimp, and the resulting protein " performs more profitably than traditional feed options," per the press release.

"By taking an entirely new approach, we can now bypass raising animals and find tastes, flavors, and textures completely new to us," says a Vow co-founder.