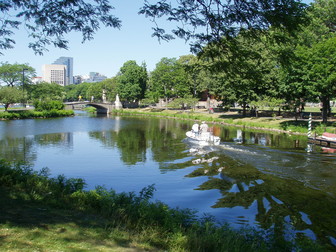 India and Sweden are teaming up to tackle some of the world's biggest challenges, including climate change, clean energy, and sustainable urban development.

"The relationship between India and Sweden is stronger than ever and innovation partnership has really become a cornerstone of our bilateral collaboration," Ebba Busch, Sweden's deputy prime minister and minister for energy, business, and industry, said at an event in New Delhi on Thursday, per the Times of India.

"This collaboration aims to solve bigger challenges in areas such as green transition, clean energy, health, and transportation," she added, noting that Swedish companies have been operating in India for decades, employing more than 200 thousand people directly and 2.2 million indirectly.

"India is rapidly becoming an innovation powerhouse, climbing from rank 81 to 40 global innovation index in just a few years," Busch said, per the Sweden-India Business Council, which organized the event.

"Swedish companies have been operating in India for many decades employing over 200 thousand people directly and 2.2 million indirectly," she added.

"I will look forward to future discussions on how to deepen the collaboration between our countries," Busch said. Read the Entire Article