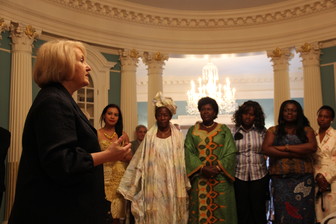 "In the face of growing global challenges, these social innovators have never had a bigger role to play and have never needed more support," says Don Gips, CEO of the Skoll Foundation, which on Wednesday announced the winners of its 2022 Skoll Award for Social Innovation.

The six winners, who will each receive $1.5 million in unrestricted funding, "have built bigger and bolder solutions to drive climate action, democracy and civic engagement, innovative healthcare models, and the shifting of capital to communities of color," Gips says in a press release.

Among the winners were: Rodney Foxworth, CEO of Common Future: A network of community wealth-building institutions in the US with restorative and reparative capital to build an economy that includes everyone.

It influences decision-makers across philanthropy, finance, and government to further support those solutions that build power in communities of color across the US.

Skoll Foundation Names Winners Of The 2022 Skoll Award For Social...